(originally from a twitter thread, hence the tiny paragraphs)

Back in August, our dog Ruby started having some health troubles, and after 8 or so months of pretty intense care, including giving subcutaneous fluids daily, she stopped eating this past weekend. On Monday we brought her to our veterinarian and she was put to sleep… 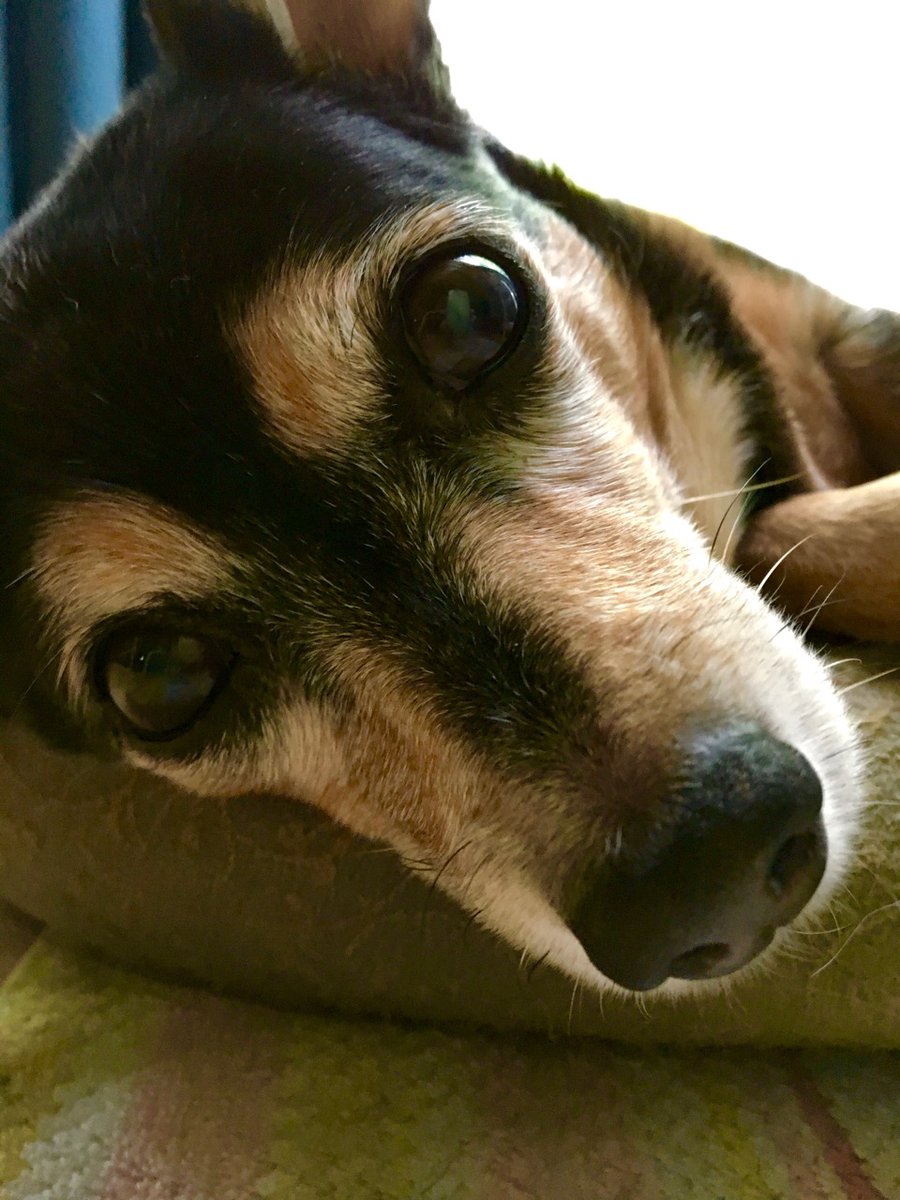 She had declining kidney function, something that our prior vet chose not to point out, and sadly some very bad teeth that could not be taken out for fear the anesthesia would deal a fatal blow to her kidneys. Cushing’s disease was also discovered, and by this time she was on at least 6 medications in addition to the daily IV of lactated ringers to help flush her kidneys… 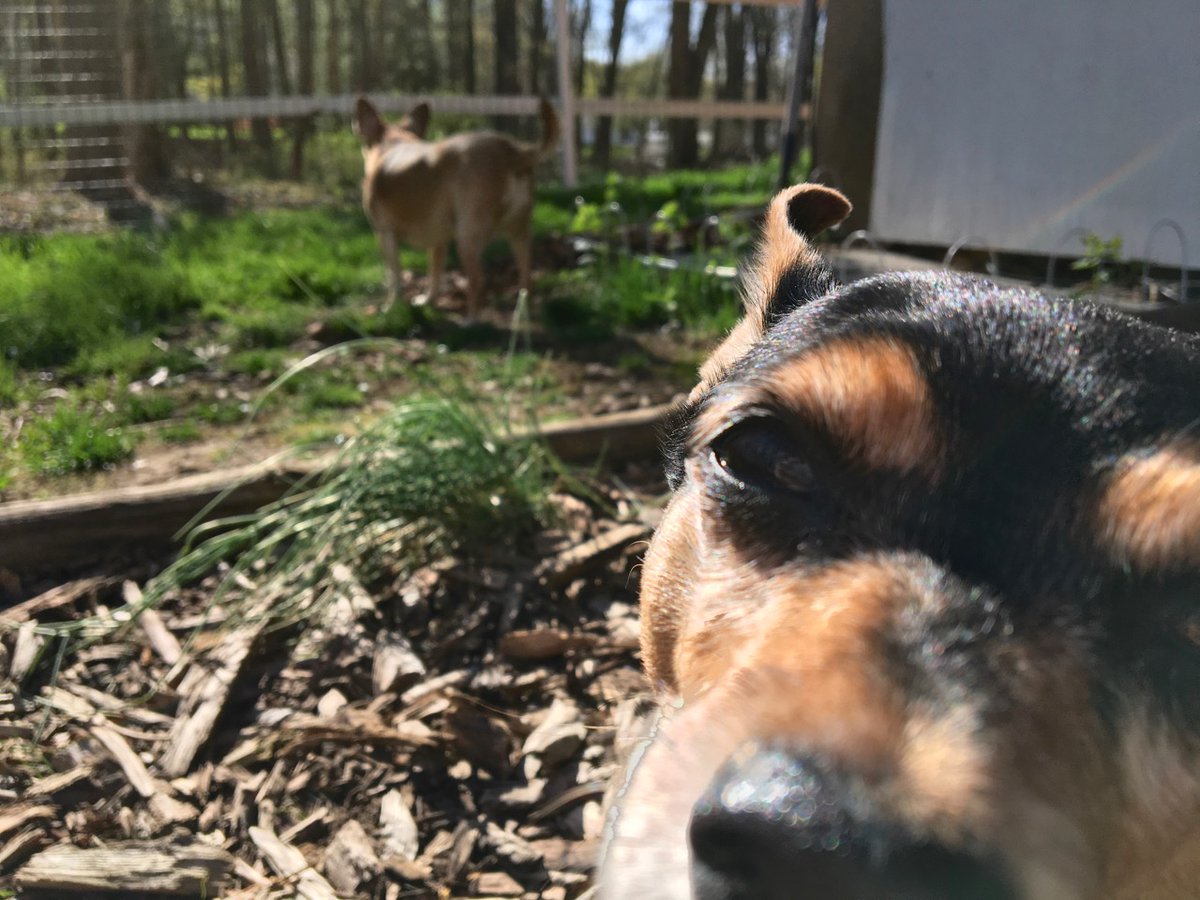 A little over a week prior, after a few days of force-feeding a prescription slurry, which did not stay down, she was in the euthanasia room. We had heard descriptions of how it feels to have low kidney function (not good! toxins are not being removed from your body and your body then tries removing your stomach contents in a vain effort to get the toxins out), we heard how labs from that day showed some new indications of possible cancer.  After consulting with Dr. Tack (our normal vet was off that day), we changed our mind, agreed to a steroid injection to help her out a bit, but we also set some guidelines: no more force-feeding, no heroic efforts to address the possible cancer issue. And a week and a day later, we knew we were likely spending our last days with her. 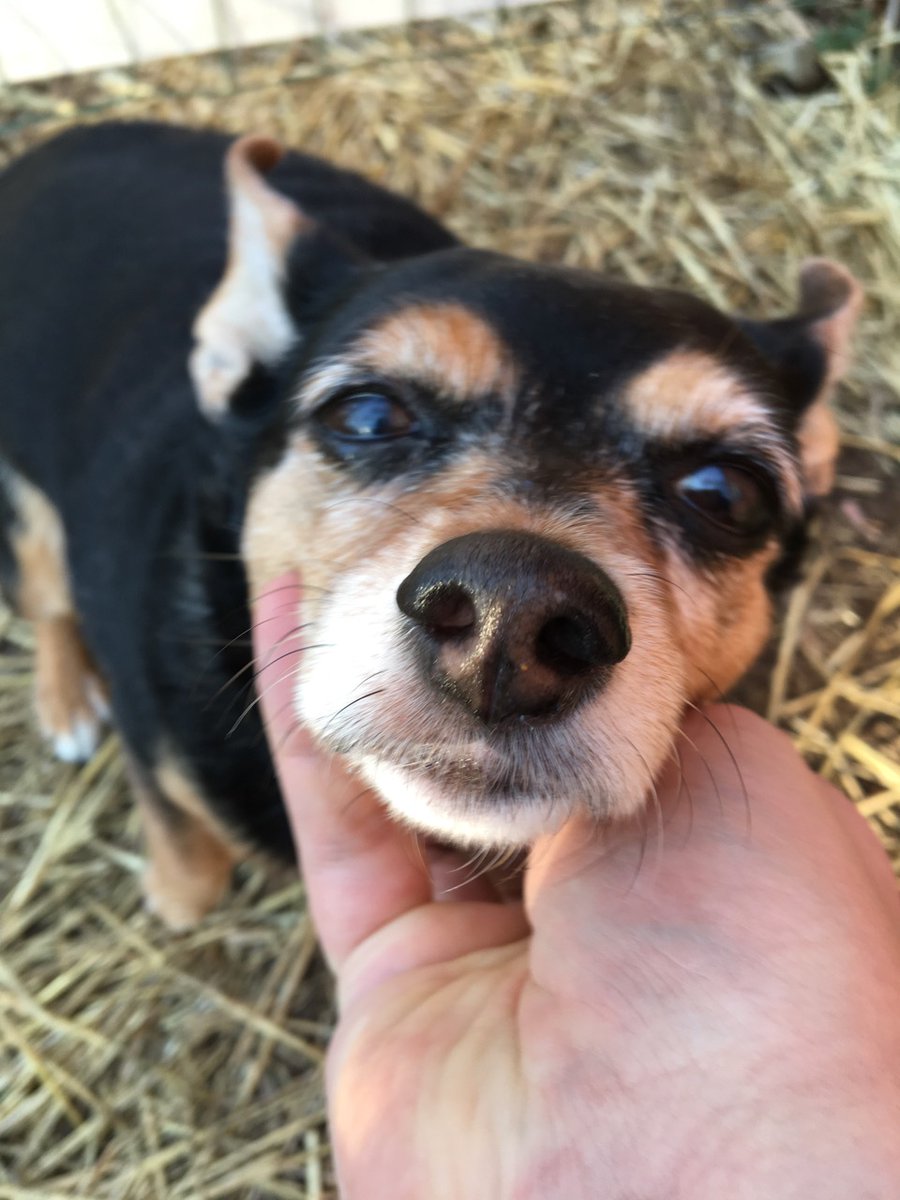 I’m sweet, but I don’t want you shoving food in my gullet…

The story of how she got to this new vet is complicated, but it involves two dogs with leashes attached but no humans around, at midnight, in front of Foote’s Pond on James Street. As we approached, the dogs crossed the street, one of them spooking and possibly nipping Ruby, and then she slipped her collar and ran.  She’s had multiple harnesses and collars and she has always been good at sneaking out of them, but the minute she was loose she’d just stop and look at me. Never ran.  But this time, she ran about 1/2 mile home, crossing the street 3 times, outrunning Rufus and I. I found her waiting at our door after just imagining her squashed on the road somewhere… 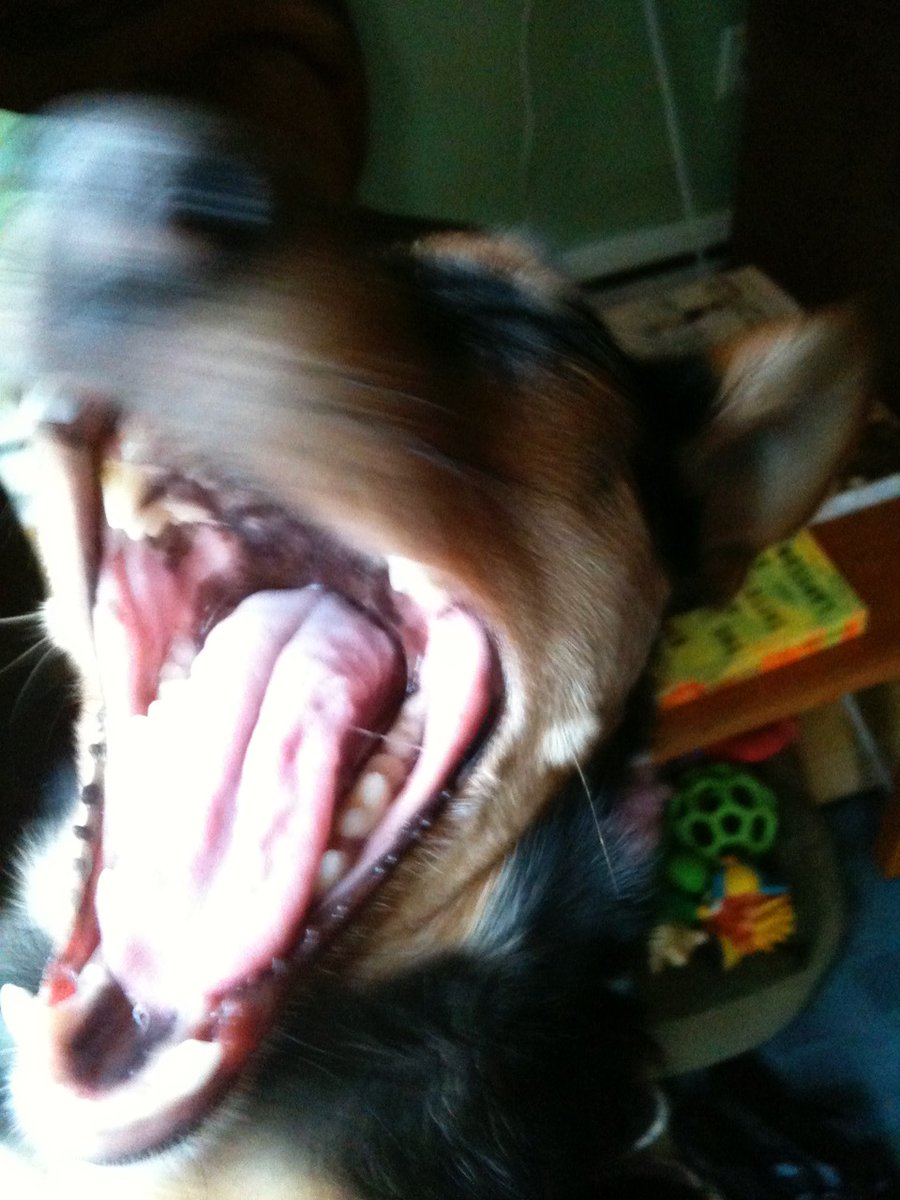 Slipping her collar must have aggravated one of her teeth. Something was amiss – she had a lump on her jaw and was not in good spirits.  We had to find a new vet (ours wanted us to wait 3 weeks, thanks to Lizzie for finding us the vet that works with a local Sato Project foster) and that’s when all the other issues became apparent. So 2 spooky ghost-like dogs dragging their leashes around with no owner in sight started this whole process of discovering how many other things were going bad for our Ruby… 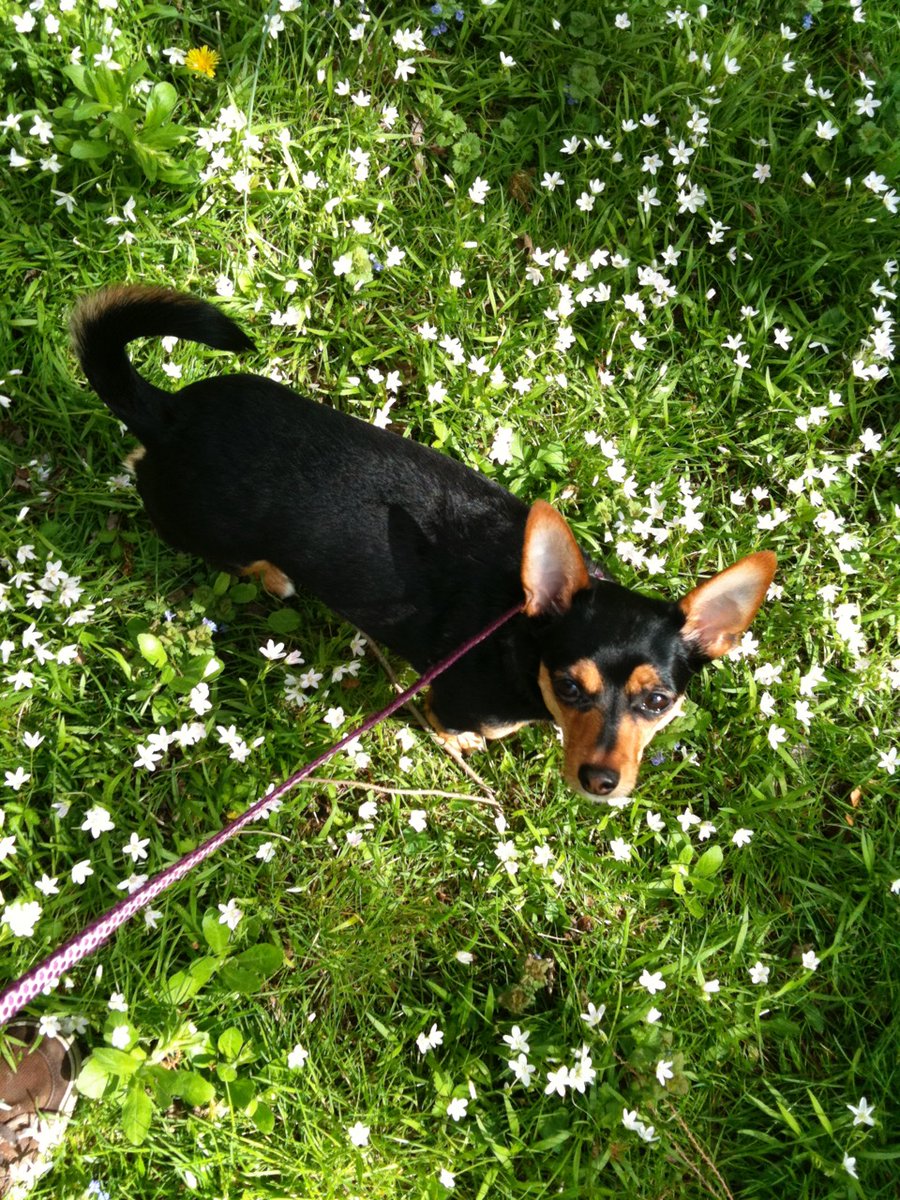 We dearly miss her and our choice on Monday was incredibly hard. She’d spent the past 8 months rallying and falling back over and over again and deciding when, regardless of her spirit, to help end that cycle was incredibly difficult. But signs were there – not being able to go up stairs, and at some point I realized I hadn’t heard her bark in at least a month. On her prior rebounds it was always reassuring to see her tear up the stairs, then bark at me from the top because I was not delivering her treat quickly enough. 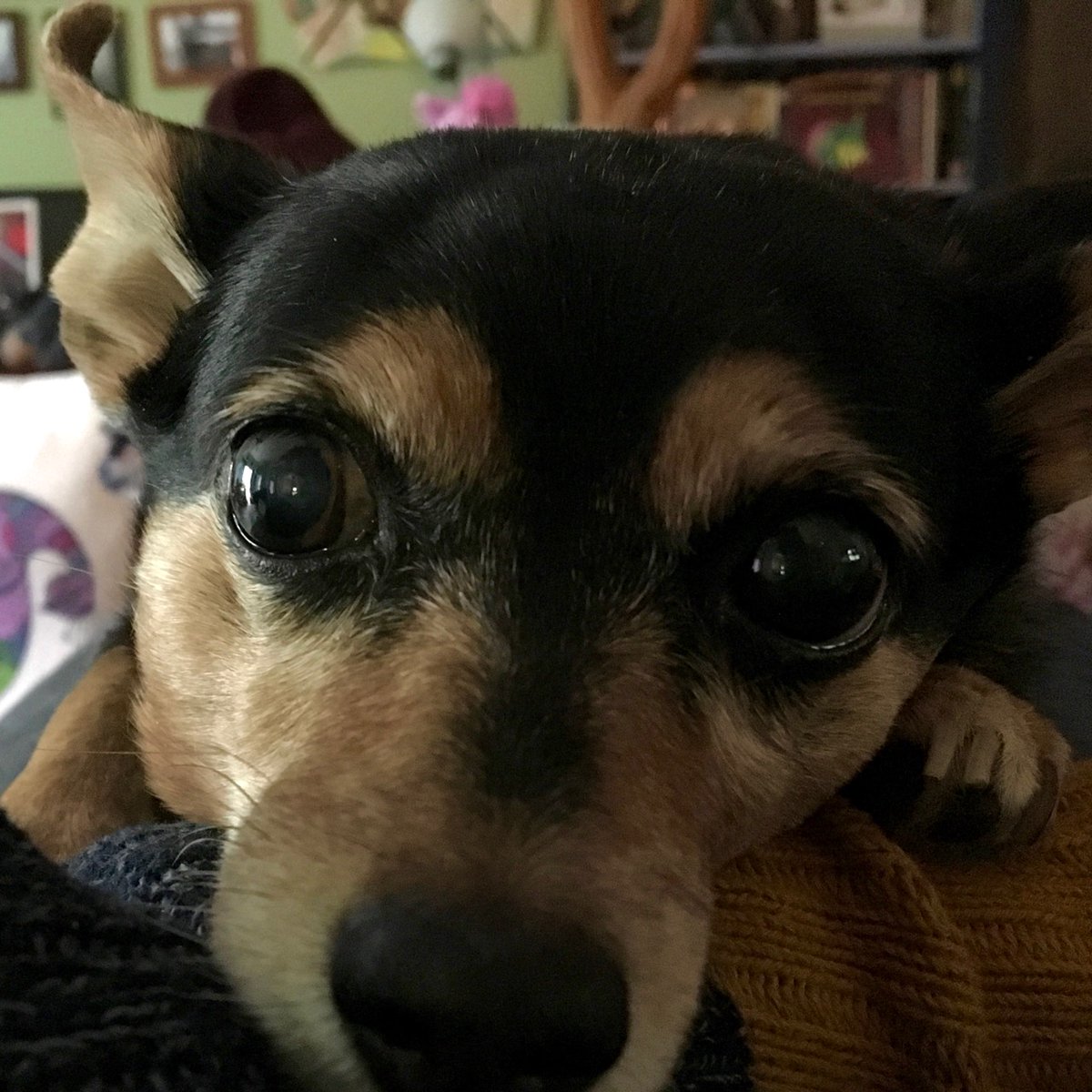 I miss this poor dog so much, and I’m amazed at how much of a comfort and a companion she was – even as she got sicker and sicker she comforted us as much as she was comforted by us. She’d gone from being a dog that demanded attention to an old lady that politely sought it out. 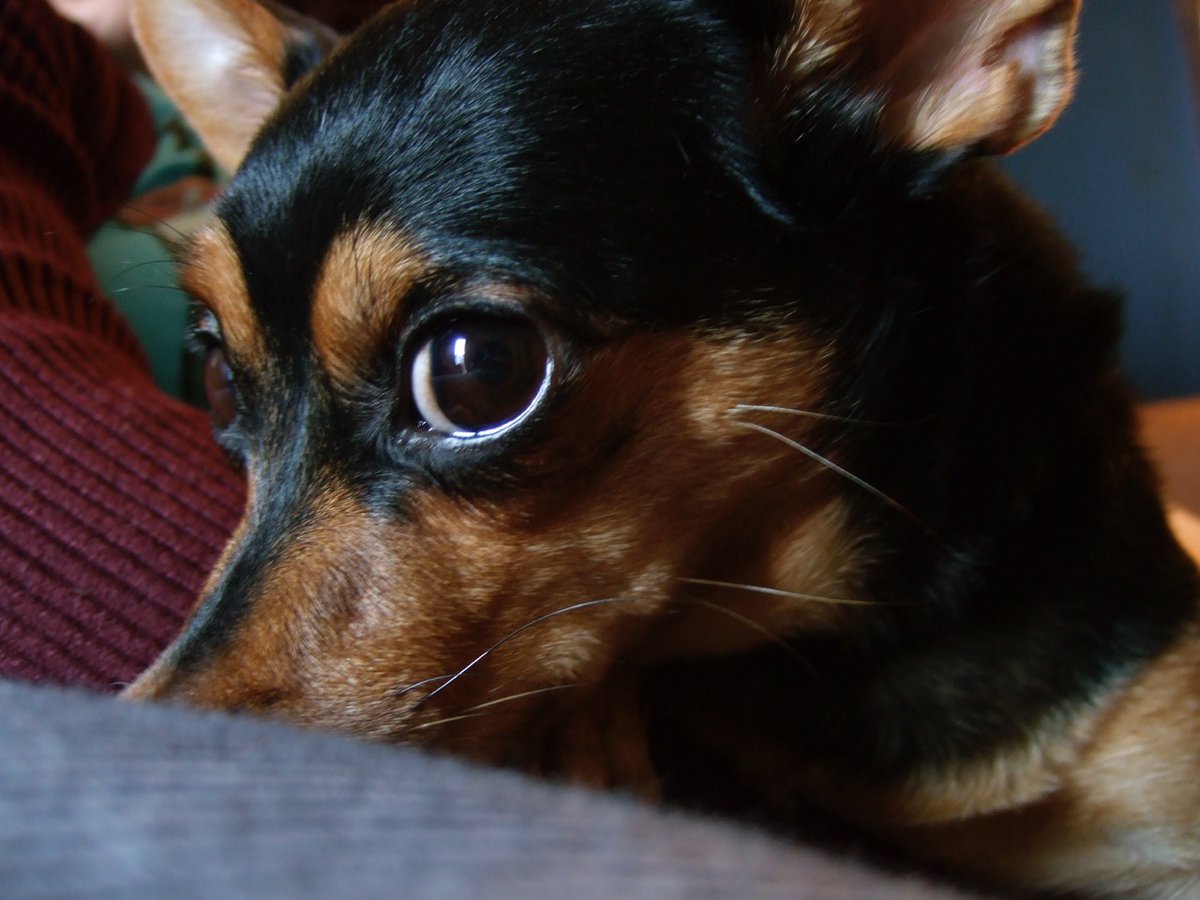 I am what’s right in the world

Rescued dogs have interesting stories, and hers was that she was found the day after Christmas in the Bronx, half dead from consuming rat poison. ACC took great care of her and then a foster rescue took her in and adopted her out to us. Yes, her name was Lisa… 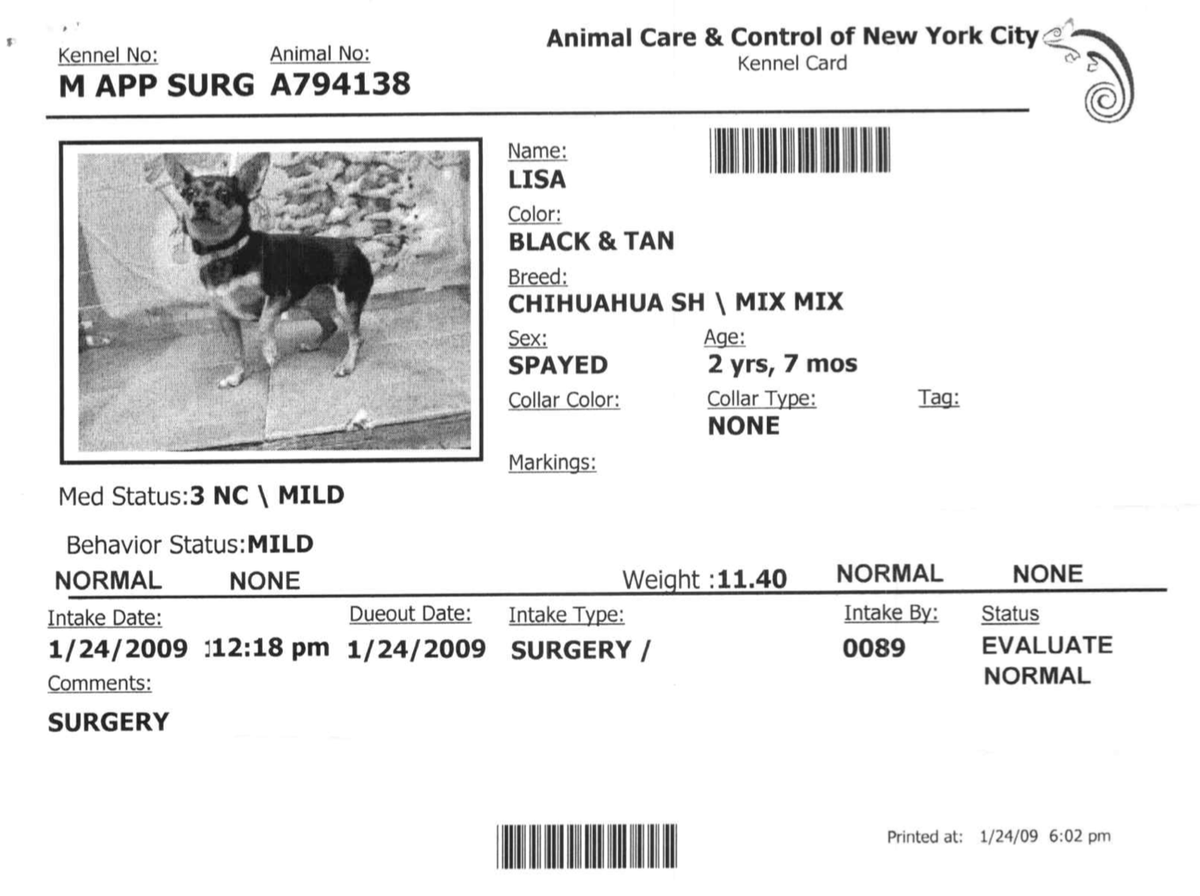 These are the oldest pictures of her, all at her foster home. 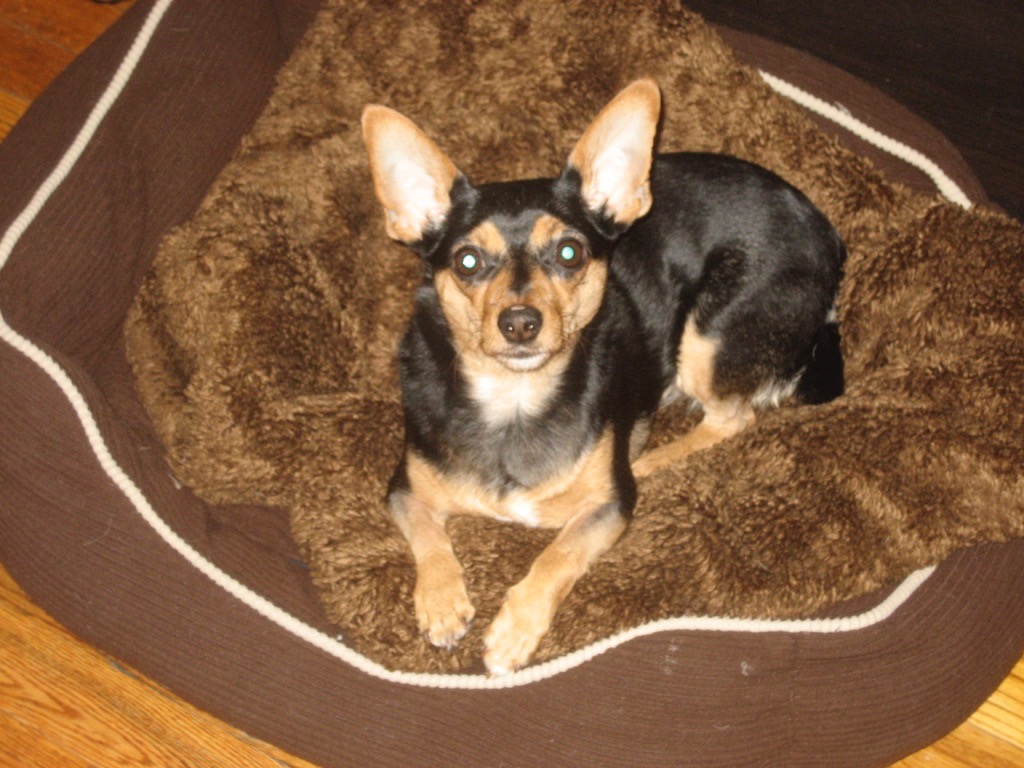 Ask me how I got that wound on my nose… 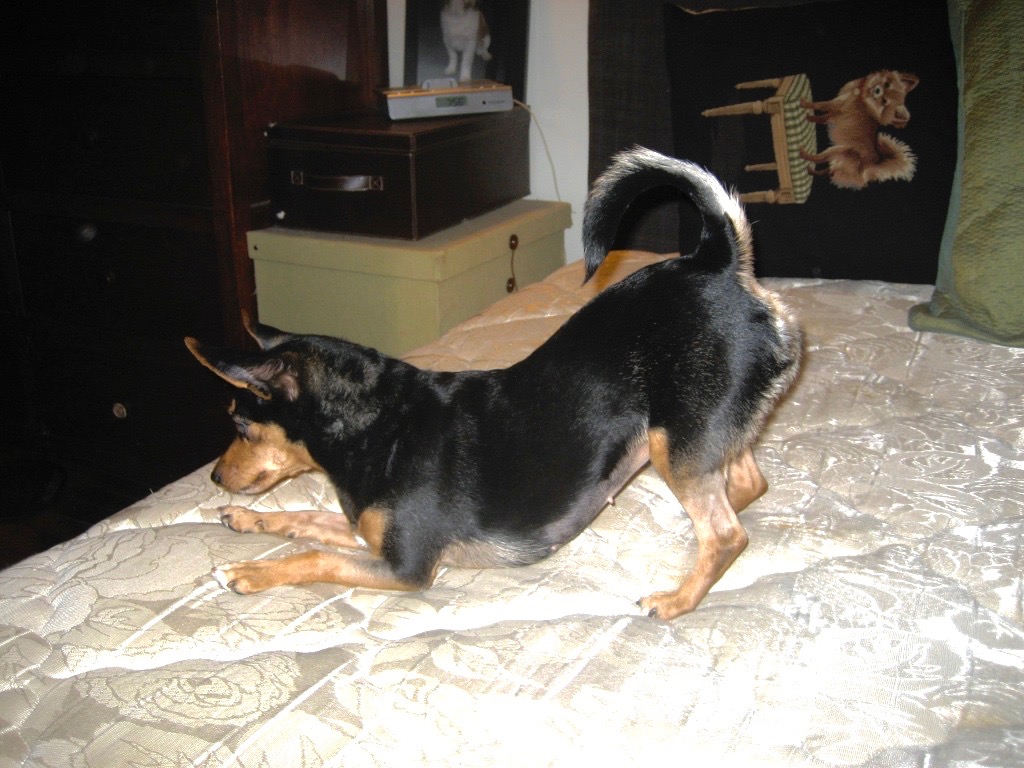 It took us years to figure out why she’d sometimes develop a little injury on part of her nose (see above). It turns out she had a weird instinct to hide things that she deems valuable, and she used her snout to try to bury the valuables… Example below – both the nail clipper and the wallet needed to be hidden under the pillow.

Anyhow, she was an awesome dog, and I’m just going to continue the thread with mostly just pics and videos…

The sicker she got, the more her and Rufus would nap or sleep next to each other – they were always amiable, but slightly aloof with each other – each of them really preferring humans. 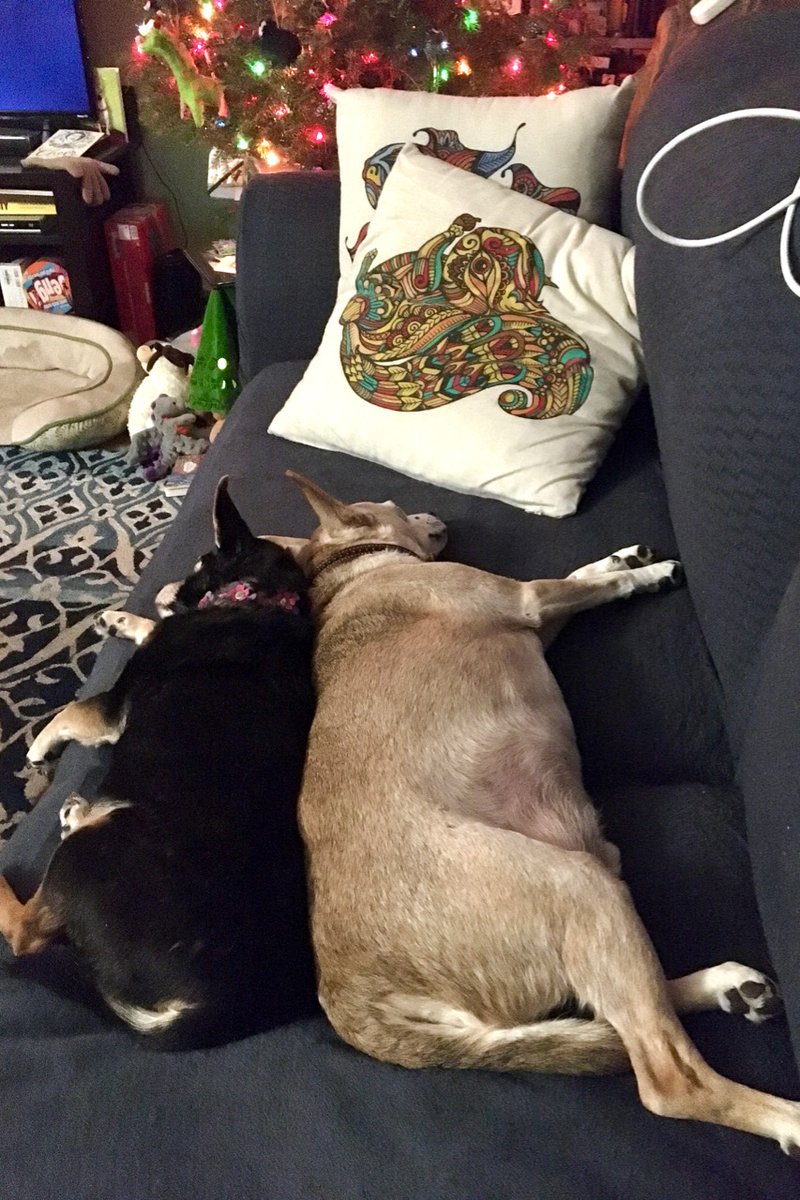 this pose, xmas tree in background… 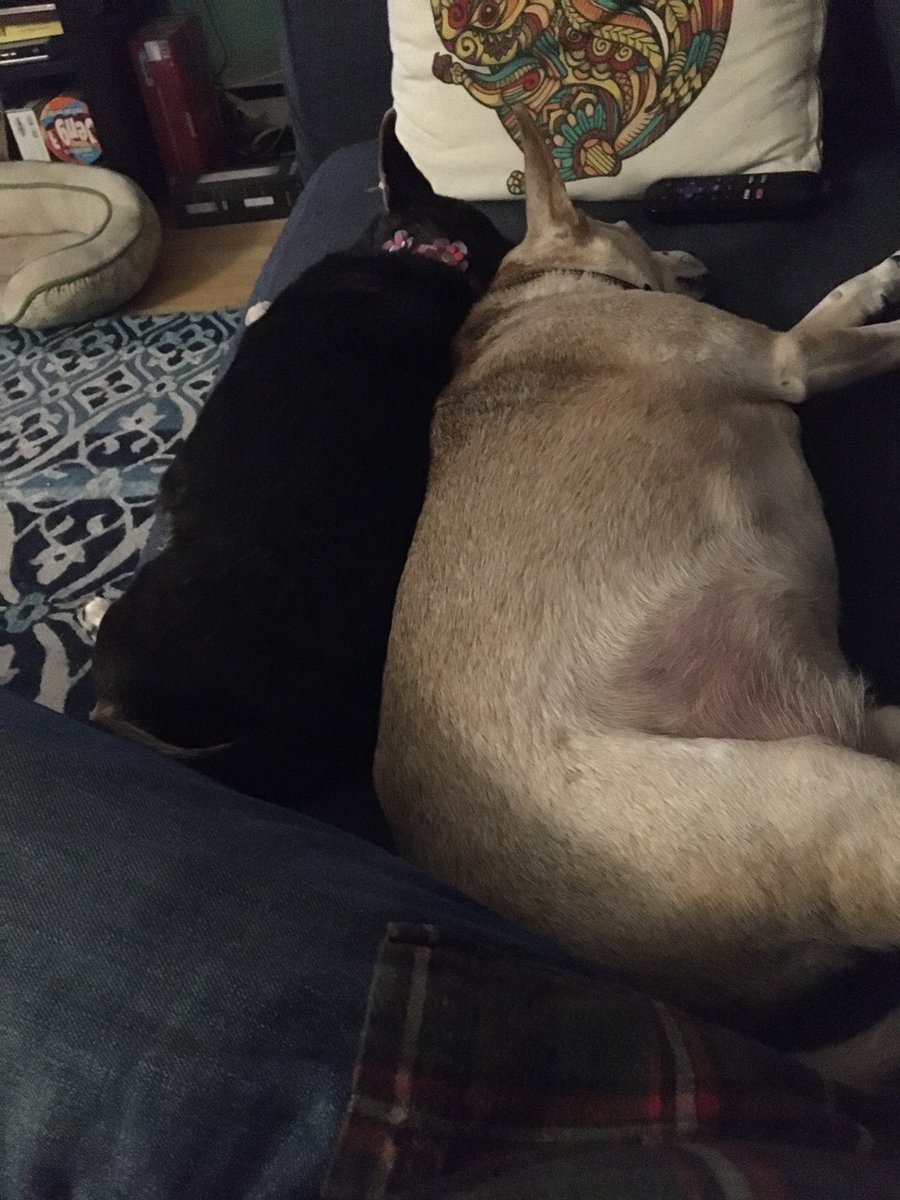 A regret I have is that we never did get a house with a little fenced yard, because between her smarts and her agility, I really wanted to try teaching her agility course stuff…

Do other dogs run like this? Is this a dog or a rabbit?

I don’t know what kind of life she had before us, but when she eventually was able to sleep without burrowing under blankets, and then even would just chill out belly-up, we were pretty proud that she’d hopefully forgotten whatever happened before we got her. 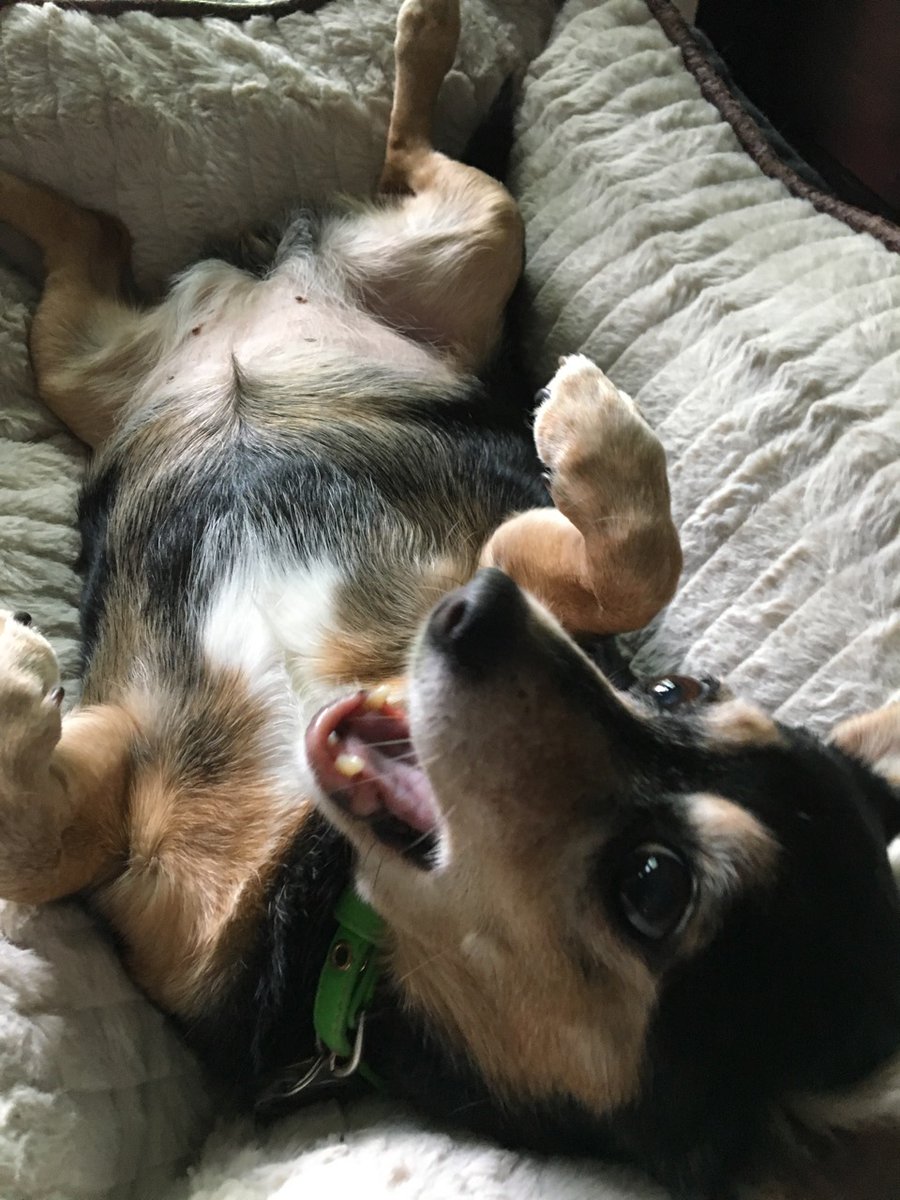 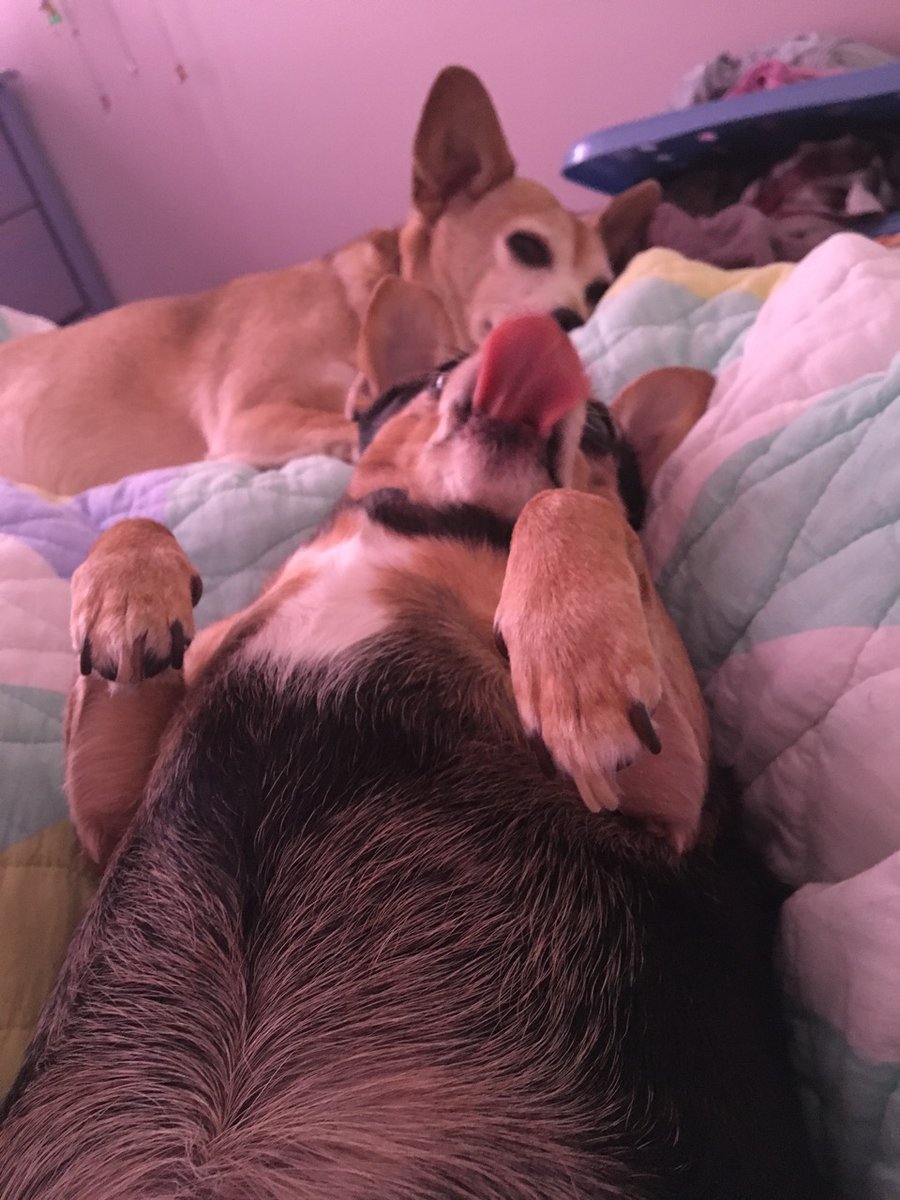 Another milestone early on was that she didn’t know what toys were and was generally frightened of them. Probably have to credit Rufus for this one. Well and the previous one as well… 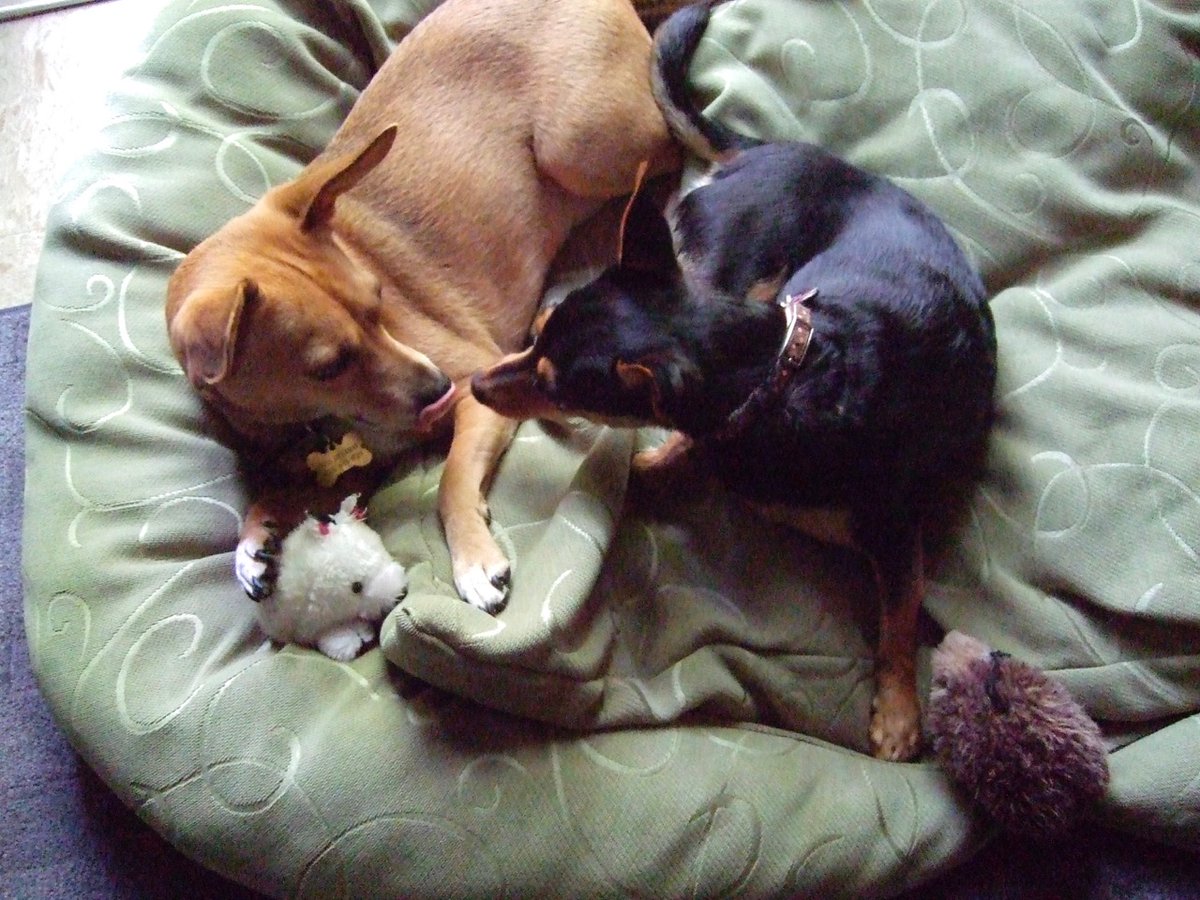 What have you got? 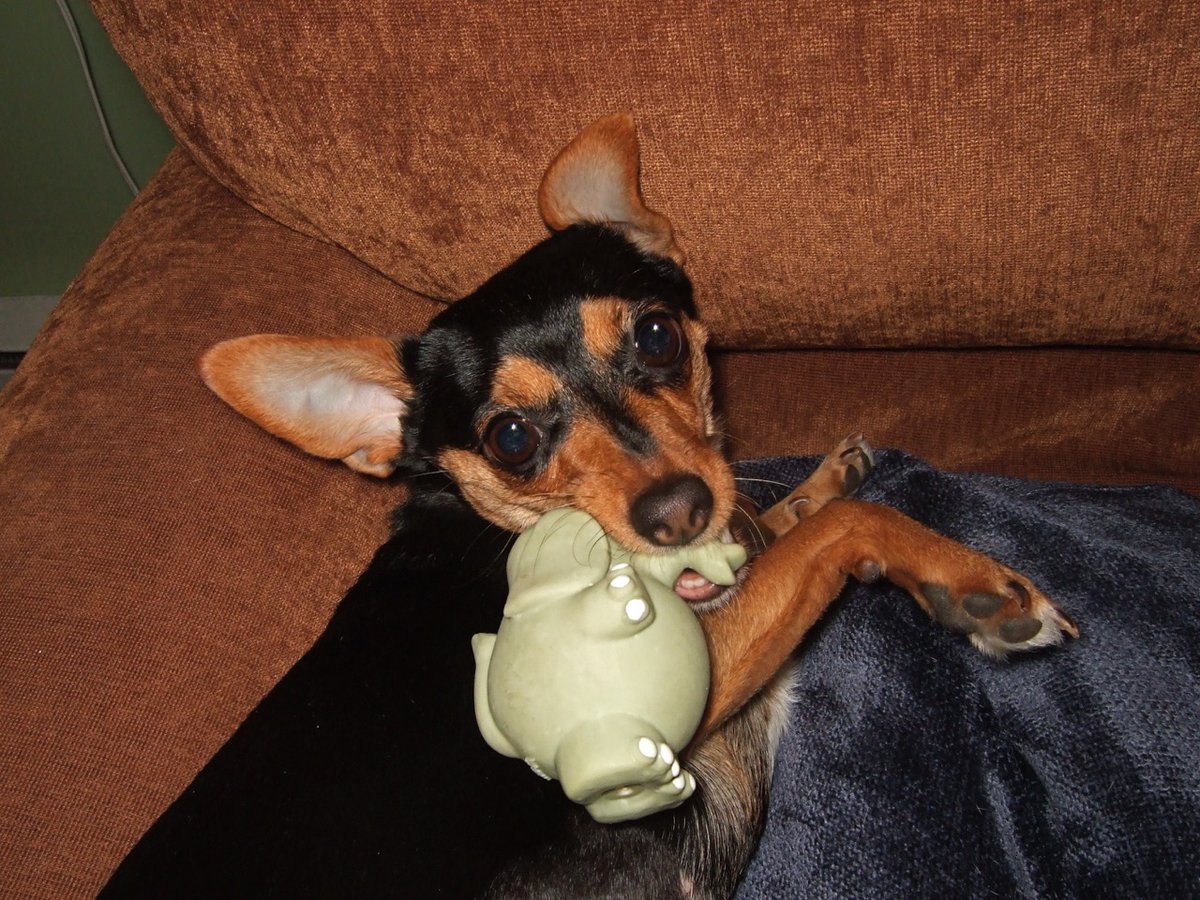 She could be a maniac at times, but she was our maniac. Probably the Bronx in her. 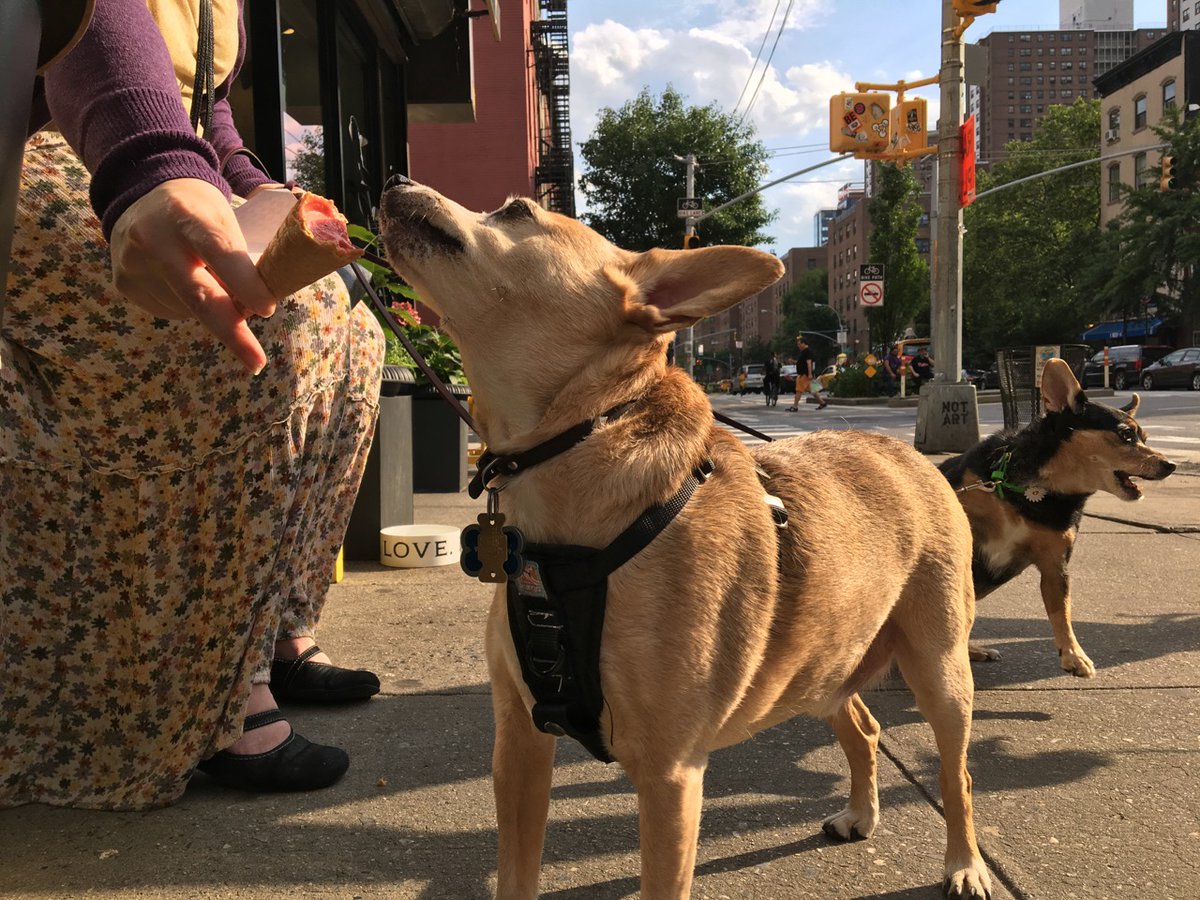 Lisa and Ruby, who was formerly a Lisa. 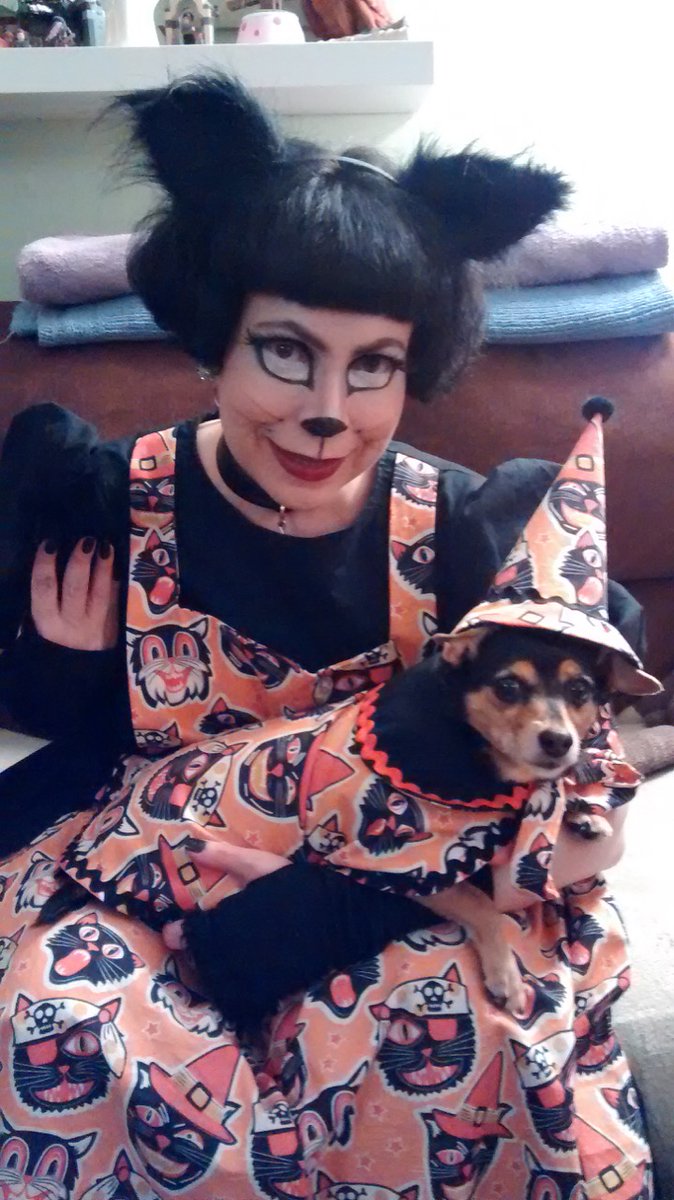 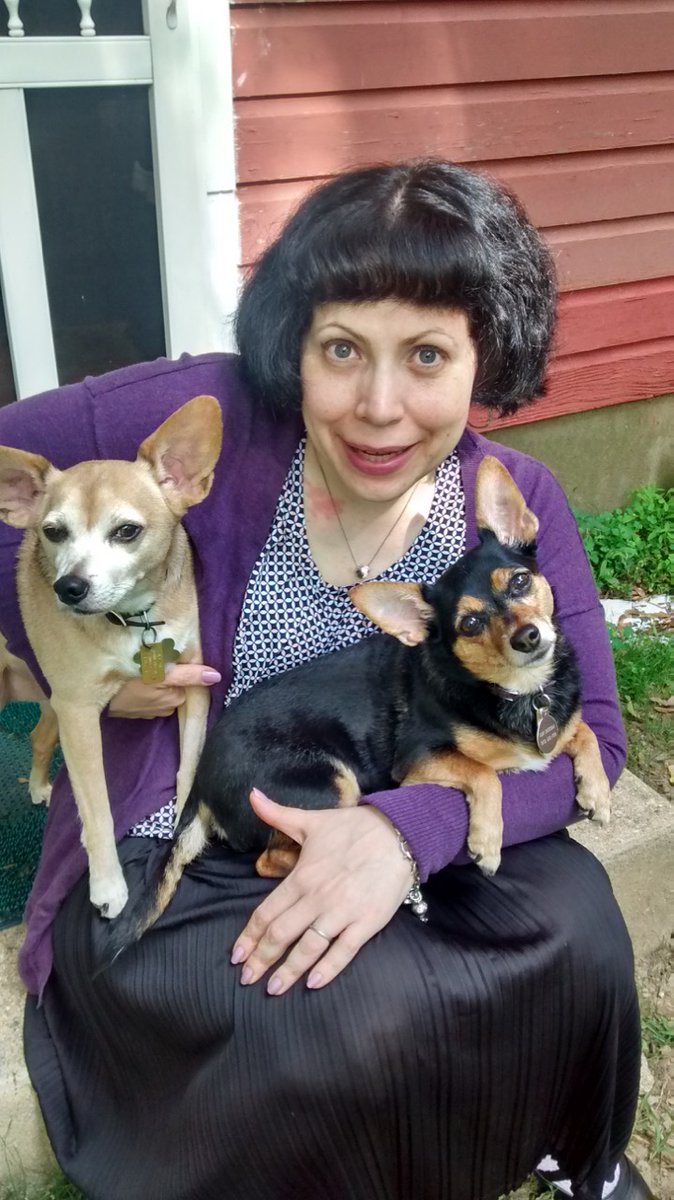 Happy in Brooklyn or on the couch. 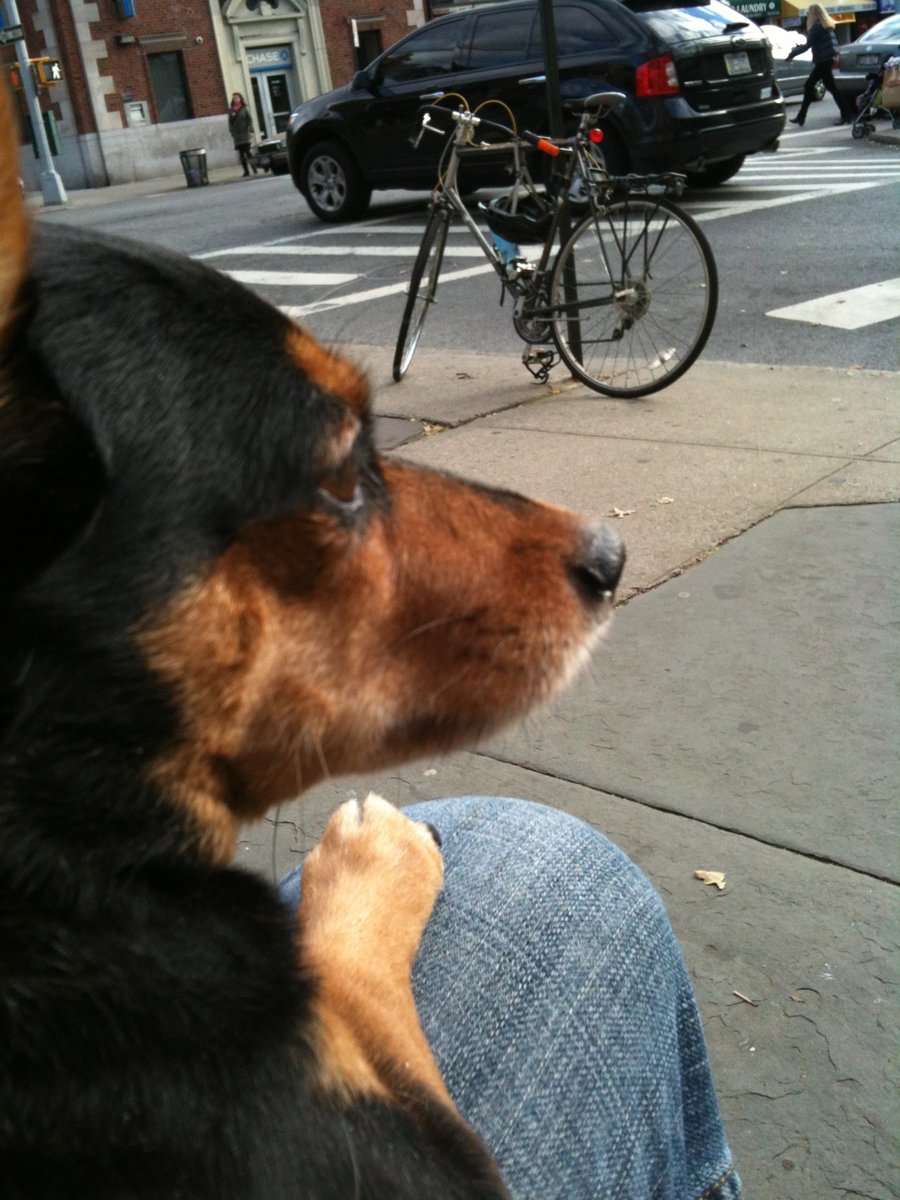 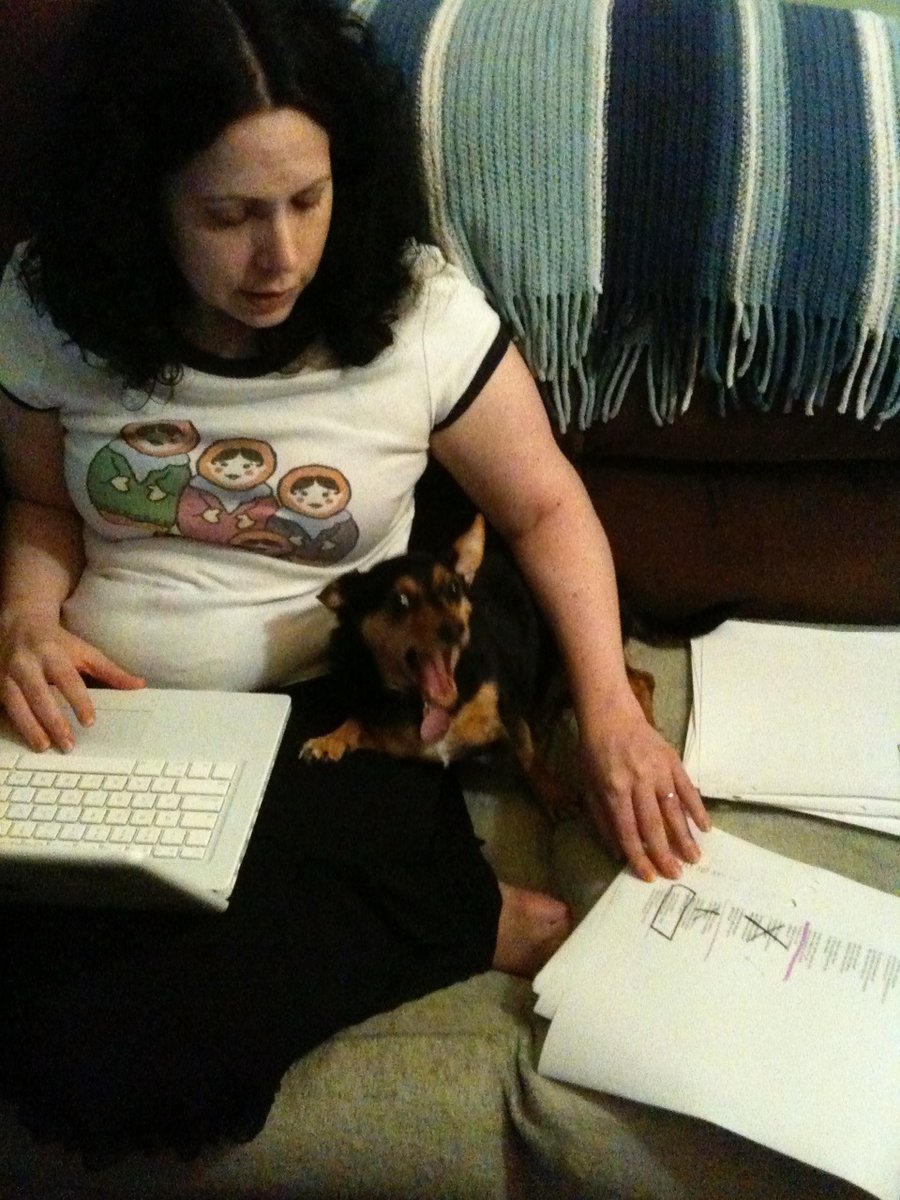 These two were friendly before her illness too, just a little more shy about it… 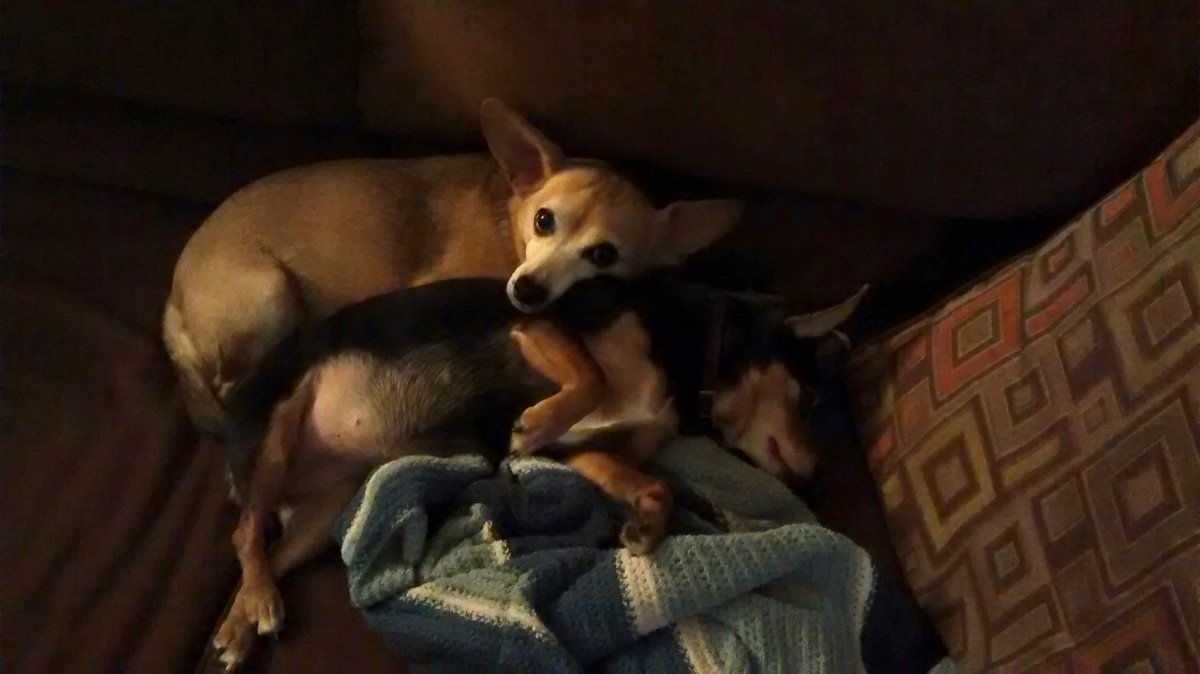 “Put your head on my shoulder…” 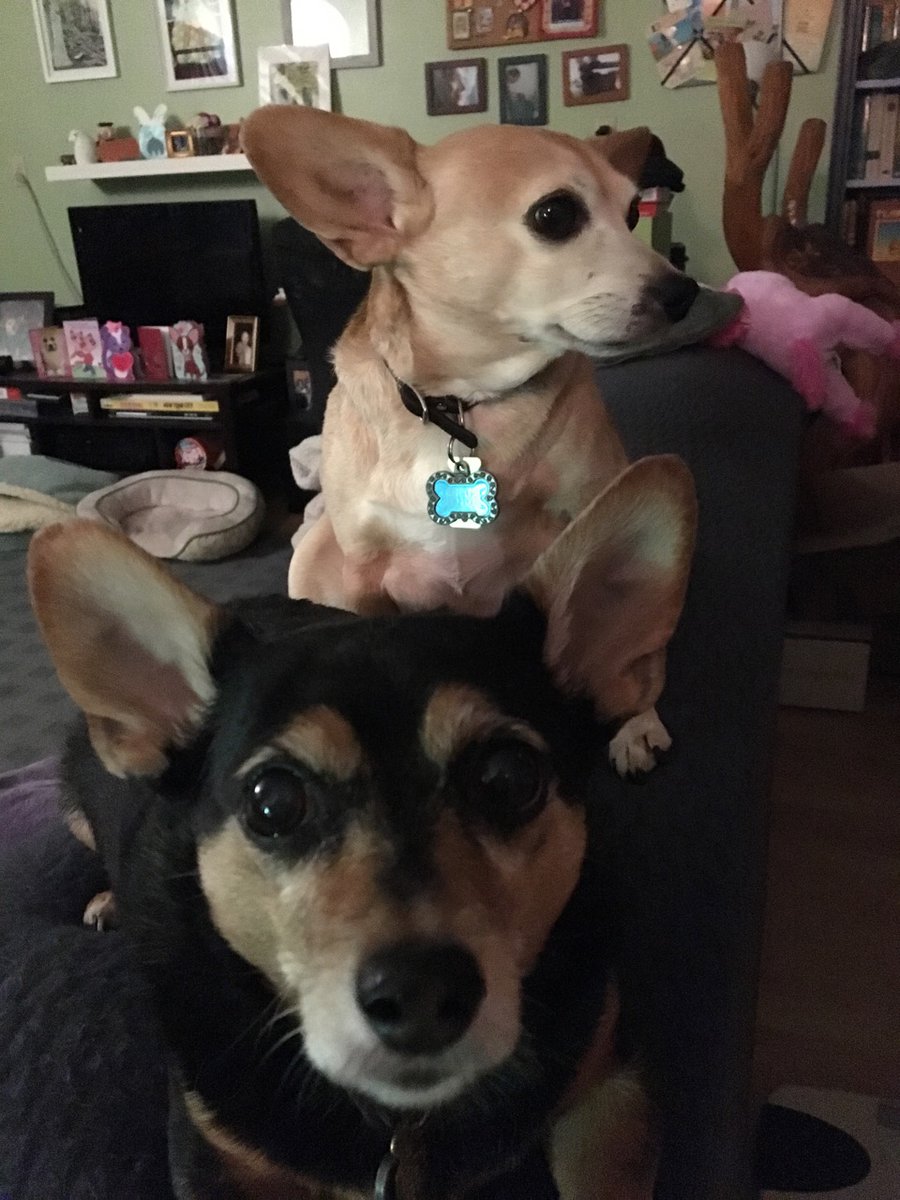 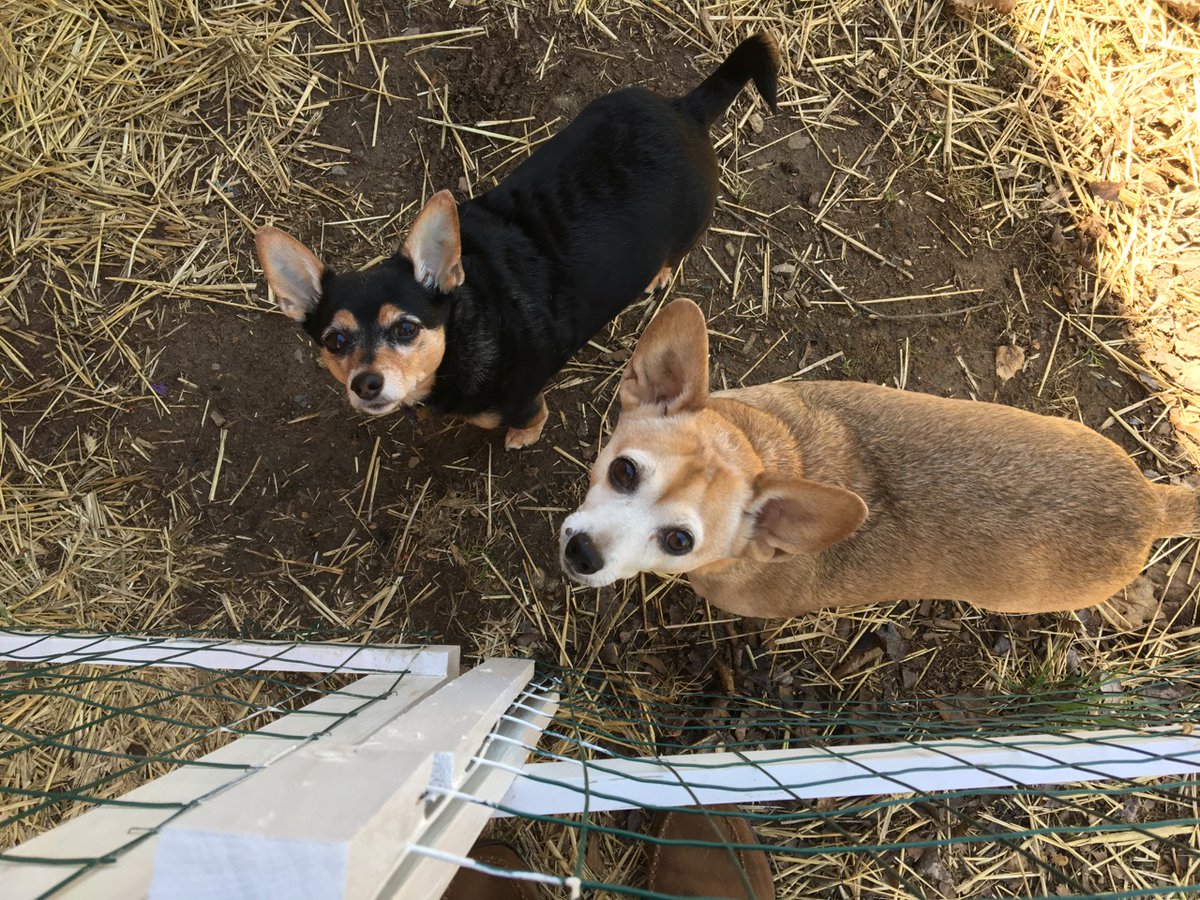 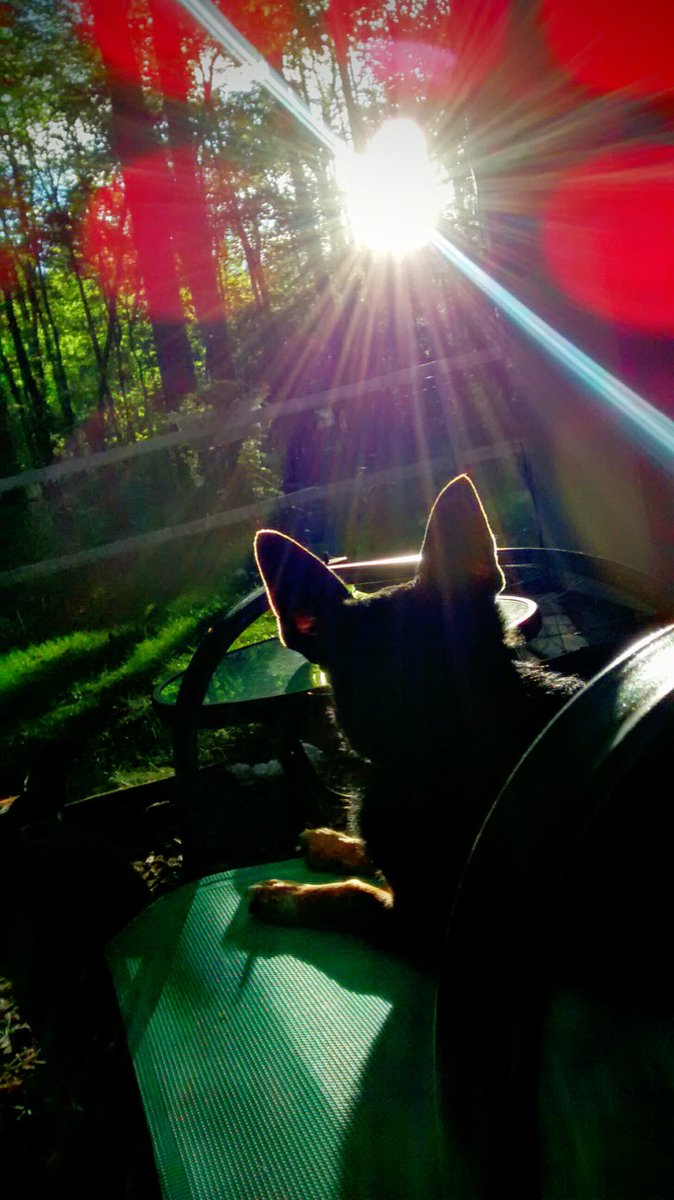 We’re eternally grateful to Dr. Kelly Vex at Black River Veterinary Hospital – we were so happy with the care she provided, but on Monday I was just so happy for her frank words tempered with so much compassion and empathy. The staff was always so nice – we were in there all the time either for follow-ups or to pick up prescriptions and such. And the vet tech (whose name I promptly forgot) who was with us for the euthanasia was just incredibly kind.

Oh, I forgot we also have this. If you’re curious what sort of mix Ruby and Rufus are, yeah, we paid for DNA testing out of curiosity: